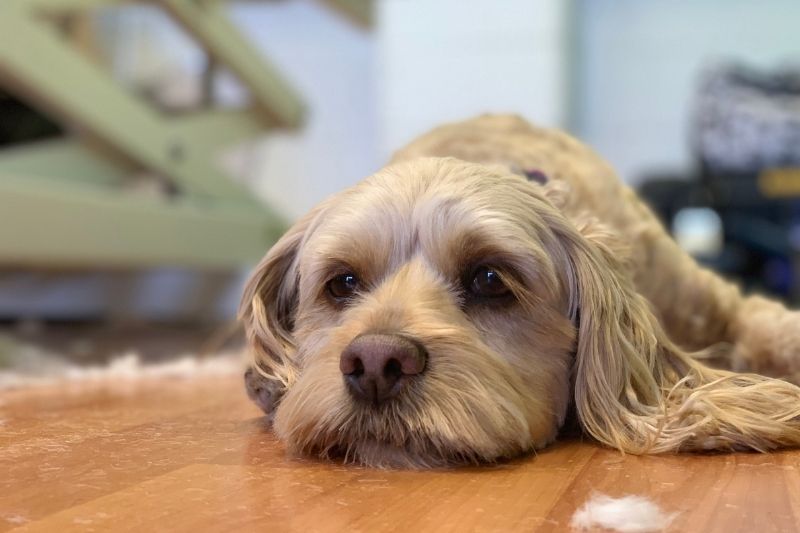 Like humans, our pets, such as dogs, can also be affected by the chronic disease of diabetes.

Unfortunately, diabetes in dogs has no specific treatment, i.e. it is incurable. However, with regular care, dogs can return to a normal life.

In this article, we will explain the causes of diabetes in dogs, its symptoms and treatment.

What is diabetes in dogs?

Diabetes is defined as an increase in blood sugar levels and sugars are no longer able to enter the cells due to the inability of insulin to regulate blood glucose levels. Depending on the causes of this inability, two types of diabetes can be identified:

Causes of diabetes in dogs

The causes of canine diabetes can be as diverse as varied. Diabetes can be caused by hormonal imbalance, lesions or drug intoxication. In some cases, the causes can be genetic.

Generally speaking, the main cause of diabetes in dogs is an unbalanced, poor quality diet combined with a lack of physical activity, which can lead to overweight and obesity in the long term. In this case, the pancreas is thus excessively stimulated to promote an overproduction of insulin.

Over time, the amount of insulin produced is no longer sufficient to regulate food intake, resulting in diabetes.

It is worth noting that 99% of diabetes occurs at 5 years of age or older.

Symptoms of diabetes in dogs

Diabetes in dogs usually presents itself as:

This is called uncomplicated diabetes because the animal does not look sick. On the contrary, when diabetes becomes complicated, when glucose reaches the urine, the dog may show symptoms such as:

If left untreated, diabetic ketoacidosis can lead to coma and even death.

Diabetes in dogs: treatment and prevention

Diabetes is a chronic progressive disease that has no specific treatment that could cure it permanently. However, treatment by a veterinarian generally allows a diabetic dog to return to a normal life. This treatment consists of daily insulin injections, the dosage of which will depend on several factors established by the veterinarian.

On the other hand, the other important aspect of diabetes management in dogs is diet. Thus, the diet of a diabetic dog should be rich in protein and fiber and low in sugars. If the dog is overweight or obese, limiting or reducing rations may be recommended. In addition, regular physical activity is also recommended for diabetic dogs.

When it comes to prevention, the best way to avoid diabetes in your dog is to provide a healthy quality of life:

As a veterinary, I am passionate about animals, their health and their daily life. My second passion is writing, so what better way to talk to you about the health of animals and especially dogs?