Ivan Pavlov, a physiologist from the late 19th century, was working on the origin of digestion when he discovered learning through passive conditioning, also known as Pavlovian or classical conditioning. Thanks to his work, he was awarded a Nobel Prize in Physiology or Medicine in 1904.

Classical conditioning has a real impact on animal, but also on human behavior. But, what is it?

In this article, learn about Ivan Pavlov’s experimentation process and how classical conditioning has an impact on your dog’s behavior and education.

To understand clearly what Pavlov’s dog is, find out about the experimental device that led to his discovery.

First, Ivan Pavlov put a piece of meat in a dog’s mouth. This prompted an automatic reflex response from the dog, namely the salivation of the animal. The meat then acts as an unconditional stimulus.

In a second step, the scientist associates the display of the meat with the sound of a bell. These two associated stimuli also cause the dog to salivate. At this point, when Pavlov rings the bell alone, it does not cause any reaction.

Some time later, he rings the bell without offering any meat in the dog’s mouth. This time, the sound of the bell alone causes the animal to salivate. This is the result of learning by conditioning.

The physiologist continued these experiments over time. Several conclusions can be drawn:

The role of Pavlov’s dog in dog training

At this point, you may be wondering how Pavlov’s discovery of classical conditioning can affect your doggie’s behaviour and education. In reality, there are several phenomena that can be observed in our dogs that result from Pavlov’s dog.

You can observe it every day!

With a little observation, you will quickly discover how classic conditioning directly affects how your companion behaves on a daily basis. For example, this is the case when the sound of the kibble bag draws your dog, or when the sight of his leash excites him!

Pavlovian conditioning can also indirectly train a dog. For example, a sound can be assimilated to an action, or a small pleasure such as a treat. And yes, we all at one time or another use classical conditioning to teach our pets commands.

Classical conditioning plays an important role for dogs with phobias

Phobias can arise from classical conditioning. A dog that has a phobia of humans will have had, in most cases, a previous traumatic experience. In the same way, a dog afraid of cars could be the consequence of a first trip that went wrong or an accident.

But this conditioning can also be useful to overcome phobias, this is called counter-conditioning. Its implementation requires training, but the results are impressive!

If the discovery of Pavlov at the end of the 19th century is still famous, it is because it changed our interpretation of the reactions that animals, but also humans, can have. While this concept may seem complex, we observe it on a daily basis and frequently use it to train our dogs. 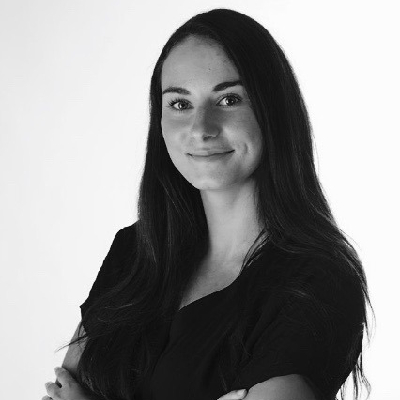 As a web editor for several years, writing about animals and especially dogs is a real pleasure for me. I deeply love them and I am always eager to discover more about them. It is therefore a pleasure for me to share my knowledge and precious advice with you through articles on DogsPlanet.com.

Adopting a big dog: everything you need to...

Can I give grapes to my dog?

How do you feed an older dog?

The incredible story of Hachiko, the dog who...

Kong for dogs: a funny and educational toy

Kong for dogs: a funny and educational...

Can I give grapes to my dog?