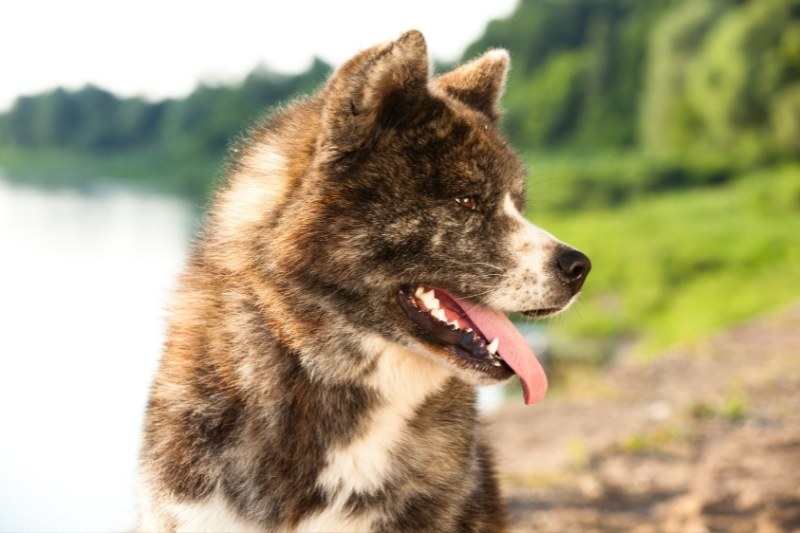 The Akita Inu is a majestic Japanese dog famous for its loyalty. The story of Hachiko, a deeply loyal Akita Inu who waited for his owner every day at a train station for many years after the owner died, is famous worldwide. Hachiko even has a statue in his honor at the train station where he waited in Japan.

There's no question that these dogs are beautiful and loyal, but are Akitas dangerous?

Depending on your perspective, the Akita dog breed may look like a big, cuddly teddy bear or a very dangerous and imposing grizzly bear of a dog. Neither impression is entirely incorrect. Akitas can indeed be cuddly lovebugs to their owners, but they can be a potentially dangerous dog to strangers.

The Akita Inu is a Loyal protector

Akitas bond very intensely with their families and have deeply ingrained instincts to protect. This can make them a dangerous dog for anyone not in the family.

The AKC recommends that Akitas are very well socialized from the time that they are puppies. However, even with lots of socialization, these dogs may attack humans if they believe they are threatening their families.

The Akita Inu dog breed has an imposing stature

Standing at around 27 inches and weighing up to 130 lb, the Akita Inu is a seriously imposing dog. This ancient breed was developed to be both a protector and a hunter, and as a result, they have a powerful jaw and an intensely muscular body.

If the Akita dog decides to attack, it can be an extremely dangerous dog. Any aggressive behavior from this breed should not be taken lightly.

Because of this dog breed's size and strength, it can be a challenging animal to control. Only handlers physically able to handle this breed using the proper equipment should have it as a pet.

The AKC recommends that caution be taken with Akitas around other animals. Like many hunting breeds, they have a powerful prey drive which can easily translate to other pets in the home.

Furthermore, Akita dogs tend to be fairly intolerant of other dogs. A male Akita Inu may tolerate female dogs but is unlikely to put up with the presence of other male dogs. The same is true of female Akitas.

Akita dogs tend to be independent

Akitas have strong instincts and an independent streak which make them one of the most challenging breeds to train. A properly trained Akita Inu may be a good protection and hunting dog, but it may also make its own decisions, resulting in dangerous situations.

This dog tends to have a territorial personality and may protect your home, family, or property whether you want it to or not.

Are Akitas dangerous within the family?

When it comes to other family pets and dogs, the Akita Inu may not be a good choice. However, they tend to be good-natured and loving to their human family members.

Because this dog is so powerful and independent, care should be taken when they are around children, and they should never be alone with kids. That said, Akita Inu dogs may do very well with children if raised around them and if children treat them with respect.

The Akita Inu can be a dangerous breed

If you are considering owning this spectacular dog, it's very important to keep in mind that it can be a potentially dangerous dog. The combination of a physically powerful dog with deeply ingrained instincts and an independent streak can result in one of the most dangerous dogs around.

That said, this is also a deeply loyal breed that would give its own life for its family. While it may be the perfect dog for the right family and the right situation, taking on Akita Inu ownership is a serious responsibility.