In addition to possessing a magnificent gait, the American Akita is an excellent companion dog, a superb show dog and a perfect guardian of property and family. This amazing Japanese dog therefore greatly benefits from being known.

Quick Overview of the American Akita

The Akita is a very robust dog that is rarely sick. He generally enjoys excellent health and longevity.

Temperament of the American Akita

Worthy, vigilant, docile, friendly, pleasant and courageous are the key features of the American Akita. He is affectionate with his family and sociable but suspicious of strangers and a little dominant.

This dog is also extremely friendly, pleasant and very attached to the family. He loves all members of the household including children. He is a superb life companion and a very good guardian.

His upbringing must be firm and appropriate. 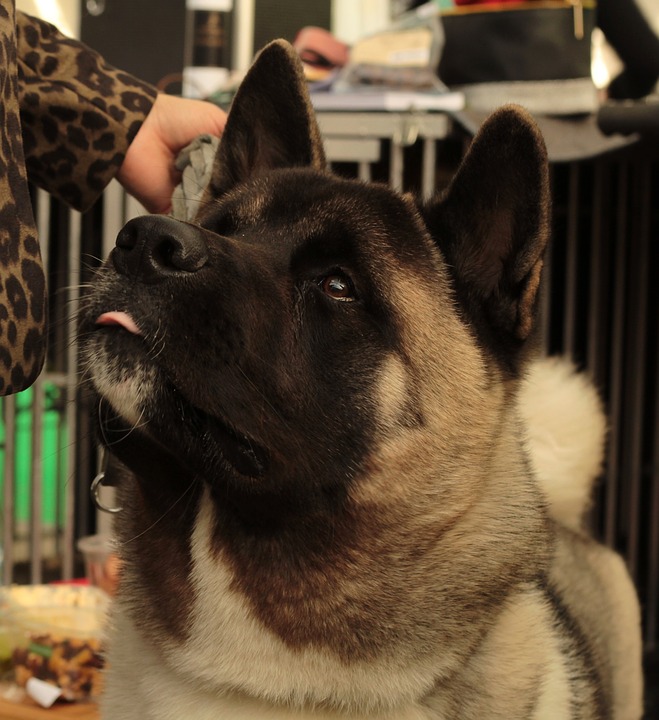 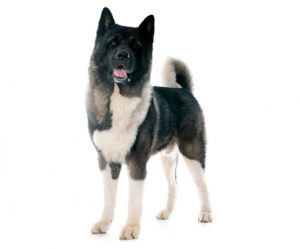 This large, heavy-boned dog has a solid, well balanced constitution. The American Akita has a massive but well balanced build that still leaves a false impression of lightness. The puppy has the appearance of a gentle doggie and the adult is not unlike the Spitz, although he has lost several of his characteristics.

All colors are allowed for the dress. It can go from red to fawn, white to spotted or striped, uniform white with a mask, etc..

Generally, spotted coats have a white base with spots evenly distributed over about one third of the body.

The color of the undercoat may also differ from the top coat color.

His hair is slightly spread, harsh, stiff, straight and gently raised. He has a soft, dense, thick undercoat that is shorter than the topcoat.

His head has a flat skull and a well marked stop. His small eyes are a beautiful dark brown. His ears are small, triangular and firmly erect. His nose is completely black.

His pretty tail is carried on the back, forming a full curl, a three-quarter curl or a double curl.

According to the FCI breeds nomenclature, this breed belongs to group 5, section 5 and is #344

Characteristics of the American Akita

Find out if the American Akita is your ideal dog breed with our quiz.

American Akita puppies near me

He's sociable with his own people, but he's suspicious of strangers. When they arrive, he will warn by barking, but if the stranger persists in his intention, he will not hesitate to use his strength to dissuade the intruder from continuing his journey.

He is endowed with great courage to protect his territory as well as his own.

Of a very dominant nature, the Akita must be well trained, especially if he has to live with other dogs. The master must provide him with a firm and uncompromising education.

It is imperative that the master imposes himself as leader of the pack in order to prevent the dog from becoming the leader and doing as he pleases, by dominating the entire household, both humans and other animals.

His education must be adequate but without brutality in order to prevent him from becoming unnecessarily aggressive. Firmness and gentleness must be the master's guideline throughout the dog's education.

The American Akita is a superb dog compatible with all situations. He can live both indoors and outdoors without any issue.

He can very well live in an apartment as long as he can exercise daily. Since he barks very little, except when necessary, he is of no disturbance to the next-door neighbours.

Health of the American Akita

The American Akita is a very robust dog that is rarely sick. He generally enjoys excellent health and life expectancy.

His beautiful dense coat requires good daily brushing but no other special care is necessary.

Coming directly from Japan, the American Akita or Great Japanese Shepherd Dog shares his history with the Japanese Akita. Coming from the Akita region, in the 15th century, medium-sized dogs called Akita Matagis were widely used at that time as fighting and hunting dogs, and especially bear hounds.

Starting in 1868, Matagi Akitas were crossed with Mastiffs and Tosa. The result was a larger dog, but one that lost many characteristics of the Spitz, his ancestors.

After the ban on dog fighting was introduced in 1908, the breed was then preserved and improved as a large Japanese breed and was later designated as "historical monument" in Japan.

Between 1939 and 1945, during the Second World War, it was common practice to use dog skins to make soldiers' clothing. The capture of all dogs was then ordered except for the German Shepherds.

Soldiers reserved the German Shepherds for other military tasks. Some enthusiasts and lovers of the breed then tried to save their dogs by crossing them with German Shepherds.

After the end of the war, the remaining number of Akitas was dangerously low. The types that survived were then divided into three different kinds: Matagi Akitas, Akitas/German Shepherds and fighting Akitas. The breed was severely disrupted during this dark period of history.

The restoration of the breed began with the end of the war. The American military forces brought back specimens with characteristics of the Mastiff and German Shepherd Dog.

The Americans were impressed by their great capacity to adapt and this led to a huge popularity that favored the development of the bloodline.

In 1956, the American Akita Club was created and the breed was officially accepted in 1972 by the AKC (American Kennel Club). Due to the lack of communication between Japan and the United States at the time, the American Akita later became totally different from the Japanese Akita.

The breed developed in his unique form, whose traits have remained the same since 1955. The American Akita became a less typical but much more spectacular breed. The breed became totally independent in 1999.

This beautiful and very special specimen is exclusively a companion dog compatible with all family situations. He is also appreciated as a show dog and can easily be used for guarding and protection. He excels in his functions as he is very efficient without ever being unnecessarily aggressive. 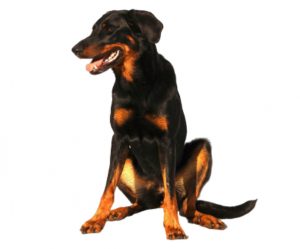 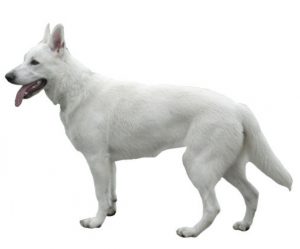