The German Shepherd is very docile when well trained. Extremely intelligent, he appreciates gentleness and respect from his masters. Very loyal to his family, this working or pet breed will take care of his loved ones and will always be there to protect them.

Quick Overview of the German Shepherd

Even if there are many health problems associated to this breed, he is a robust dog that is rarely sick.

Temperament of the German Shepherd

Intelligent and very hard working, it can be trained to do just about everything.

Very courageous and sharp, many rescues were done through the help of a German Shepherd. Many cities have honoured the courage of this breed during tragic events. Whether be it fire, heights, water, forest, snow or other risky environment, the German Shepherd is very effective.

Excellent search and rescue breed, it will help finding missing people and objects. Its dazzling sense of smell is very useful in its role as a police dog and as a relief worker helper. The German Shepherd is a warrior. It is combat ready that charges without hesitation to save friends and family or any other person in need.

Blessed with incredible rigor, the German Shepherd will complete every task it is conferred. It is ready for anything to succeed, including its basic needs like eating and drinking.

Characterized by a domineering attitude, it will let itself be trained easily but by only one owner. Its protective attitude is innate no matter its training.

It is very affectionate and gentle. Its patience and gentleness have led this breed to work as herd guardians during many years. Its versatility, courage, endurance and sense of smell result in an exceptional dog.

It will be very attached to its family but its dense and bushy coat will lead it to prefer fresh outdoor air to a cosy house.

The German Shepherd: an impressive appearance and size

There are many coat colors for the German Shepherd breed. The most classic ones are black and tan. Grey, black or two-colored dogs may also be found.

Short or long, this breed displays a very dense and rough coat.

His brown almond-shaped eyes and his straight ears confer an authoritative-looking figure. Its head is well proportioned with a slightly pronounced stop. Its nose is completely black. Its tail is bushy and curves downward.

According to the FCI breeds nomenclature, this breed belongs to group 1, section 1 and is #166

Characteristics of the German Shepherd

Find out if the German Shepherd is your ideal dog breed with our quiz.

German Shepherd puppies near me

The German Shepherd is a working dog. It requires physical exercises and mental stimulations on a daily basis in order to be in good health and happy. When raising a puppy, you will have to plan many short 15-minute periods of play in order to avoid an excessive energy expenditure which could have adverse and irreversible effects on the development of its bones, articulations and musculature.

Once this dog reaches adulthood, you will need to devote a minimum of 60-120 minutes per day doing various activities so that the dog can exert itself physically. It is a nature lover and long outdoor strolls are invigorating to German Shepherds. In addition to playing sessions, incorporating one to three strolls per day is ideal.

The German Shepherd requires tremendous commitment by its owner. It does not like being alone for long periods of time. Do not believe that simply letting it spend time alone in the backyard will fulfill its physical and mental needs. Many dogs will not play alone.

If you lead a sedentary lifestyle, do not like exercising or dislike spending time outdoors, then the German Shepherd is not a dog suited for you. If you have reduced mobility but have plenty of time to devote to your dog, then choose a German Shepherd that is older than seven years old that will require less physical activity on a daily basis.

Dogs can be trained at any age. However, by training a German Shepherd at a young age will allow you to more efficiently prevent behaviours that often appear in this breed, including fear and possessiveness. German Shepherds can be very protective towards members of their family. It is therefore important to start a socialisation process early on.

You will need to progressively expose your German Shepherd to the outside world while ensuring a positive and enjoyable contact with children, strangers, animals, cars, bicycles, etc. In this way, it will not be scared or stressed but rather sociable.

The German Shepherd is a breed known for its intelligence and its readiness to learn. You don’t need to be an experienced owner to adopt one. Thanks to positive reinforcement, you will be able to easily teach almost all commands.

You will nevertheless need to provide proper supervision by doing regular training sessions and by being constant in your commands, actions and attitude. Make sure your rules are applied consistently to all members of the family to avoid confusion. In order assist you in your role as an owner it is recommended to follow an obedience class.

Health of the German Shepherd

At first glance, considering all recorded pathologies, one could believe that the German Shepherd is a breed that is relatively sensitive and weak yet in reality it is a robust dog that is rarely sick.

Because it is one of the most popular breeds in the world, it is normal that it is attributed many particular problems. Mass production of German Shepherds has led to a slight weakening of this breed.

One must simply be cautious when choosing the dog by verifying the genetics and making sure to that the dog’s lineage is recommendable.

Gastric torsion resulting from exertion after eating may be a complication. Because this breed exerts efforts on a daily basis, one must be on the lookout for this condition.

As is the case for the majority of tall dogs, hip dysplasia is also a potential problem. At the age of one year old, you may want to get your dog checked for this condition by a professional.

Other troubles that may also occur include degenerative myelopathy, osteosarcoma, hemangiosarcomas, epilepsy, dermatomyositis and perianal fistulas.

It is strongly recommended to get a good pet insurance when adopting a German Shepherd.

It is recommended to give your dog a thorough brushing two to three times a week and everyday during the shedding season (twice a year).

In the case of German Shepherds living outside, bathe the dog a maximum of once every 2-3 months in order not to damage the coat’s impermeability. For those living indoors, do not bathe the dog but do focus on regular brushing.

You will have to regularly brush your dog’s teeth in order to prevent the formation of tartar. The ears also have to be examined regularly in order to reduce the risk of infection. Having fast-growing nails, you will need to cut them regularly using a nail clipper.

From war hero to movie star

As implied by its name, this dog originated in Germany at the end of the nineteenth century. The German Shepherd was initially bred to do work. The role of herd keeper suited this dog perfectly.

However, thanks to its robustness, superior sense of smell and its capacity to respond to orders, other functions were assigned to this dog.

At the beginning of the 20th century, German police started to make use of this dog.

Thereafter, this breed was imported in France, Italy, Spain and finally, in the United States. The achievements made by the German Shepherd during the First World War developed its reputation and captivated the attention of American authorities.

Many TV series featuring German Shepherds were created. There was Rin Tin Tin, Rex and The Littlest Hobo to name a few. There were many movies made as well. A few of them were more memorable than others, including K-9 with James Belushi where his character enters an hospital in panic to treat his dog that had saved his life.

German Shepherds are agile, athletic and very versatile. They are very robust and can perform very difficult tasks. Bred to do work, they succeed very well doing a wide variety of tasks.
They are highly appreciated and efficient performing many functions: 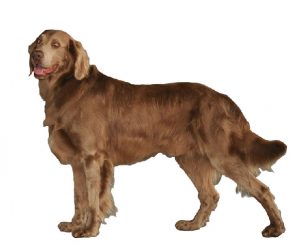 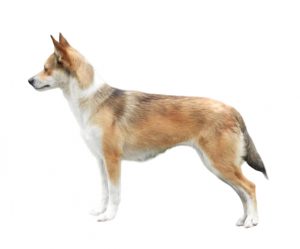