Affectionate, gentle, calm, playful, good-natured, the Mastiff is an excellent companion dog breed. This huge dog doesn't even need to be aggressive to be a good watchdog, his gait is enough. Find out more about this beautiful dog breed.

Quick Overview of the Mastiff

Temperament of the Mastiff

Worthy and brave, the Mastiff is calm and gentle unlike his tough appearance. No matter how much space is allocated to him, he is able to adapt to any situation.

However, he is totally unaware of his great power and imposing size. It is preferable to always supervise him, especially in the presence of very young children. This hound is very gentle, but he could still hurt them without intending to.

The Mastiff is a very gentle and peaceful dog. With a calm and neutral temperament, this dog loves children. He can play with them without ever becoming aggressive or dominant.

Very loyal, he has only one master and he will obey him all his life.

He loves to play and exercise and never gets tired of it. He is adorable with humans, but when he is in the presence of other dogs, you must limit the length of the game. After some time, the Mastiff may want to dominate his fellow dogs and due to his great power, play can become more problematic. However, with humans, he can play all day long without ever becoming dominant.

Being neither aggressive nor angry, this dog loves gentleness and caresses. A firm but calm order will be very effective, no force or aggression is necessary to teach him the rules of the house.

Even if the Mastiff is not an aggressive dog, his attitude can sometimes give the impression that he is. He is an excellent guard dog. He will warn at the slightest sign of intrusion. He will bark to give the alarm but will not go any further, his job is to warn, not to fix the situation.

This large-breed dog can adapt as easily in an apartment than in a large house in the country. His adaptability is amazing. Even though he is very large, he takes up very little space indoors. He will be able to make himself very small if needed.

The Mastiff has a very powerful and imposing physique, with a broad head and jaw. He exudes an impression of great power.

His hazelnut-coloured eyes are small. The Mastiff's body is massive and his musculature is very apparent.

According to the FCI breeds nomenclature, this breed belongs to group 2, section 2 and is #264

Characteristics of the Mastiff

Find out if the Mastiff is your ideal dog breed with our quiz.

Before buying a Mastiff, it is important to know that as an adult, he can suffer from self-confidence problems, which is why the owner must be sensitive and patient with him.

Although not one of the most active breeds, the Mastiff needs a big garden to run around for hours.

It's also important that he has a soft bed. Because of his weight, certain areas such as the elbows or the ends of the hock can be grazed and this can cause calluses.

Health of the Mastiff

The Mastiff has very strong muscles and is not prone to problems as long as he is properly treated and fed. Protein-rich food for large breeds is ideal for him.

His large, floppy ears can sometimes cause small infections, but regular maintenance will prevent this kind of problem.

This breed of molossus has only recently become well known. The Mastiff is said to be descended from the great Roman wild dogs used in warfare and in fighting arenas. The English name "Masty" meaning power would be the origin of the name of this breed.

The Mastiff and Bulldog ancestors were often considered to be the same breed, as the Mastiffs were preferred by the Greeks and Romans. These two breeds were combined at one time to produce today's Bullmastiff, a breed derived from the Mastiff.

Previously used for shows, Mastiffs were often used in fights against lions, bears or bulls to entertain the crowds.

Although the Mastiff appears often in history, his origin remains rather nebulous and unclear. 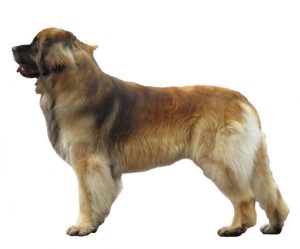