The Portuguese Shepherd Dog manages to lead the herds in a spontaneous way without requiring any form of education. He does not need any training to understand his work as shepherd. Rumour has it that when this dog brings a flock back to the farm ahead of time, it is simply because a storm is approaching. The breed remained in the hands of the great Portuguese lords for a long time, but today he deserves to go beyond the borders of his country of origin and bring happiness to all.

Temperament of the Portuguese Shepherd Dog

Balanced, lively, intelligent, he is very loyal and ideal for the whole family. Not aggressive at all, he is nevertheless an excellent guardian and herd leader.

He is very sociable with animals and his intelligence greatly facilitates his training and education.

This funny, hairy, medium-size, long-haired dog has such a monkey look that he is nicknamed the "monkey dog/Cao Macaco" in his country, mainly in his native region. His appearance varies between the Berger des Pyrénées and the Berger de Brie.

His color can vary between brown, yellow, grey with tan red patches and fawn up to red. Some white hairs are tolerated but white patches are not allowed except for a very small one on the chest.

His long hair is slightly wavy but forms curls as well as whiskers. His eyes are embellished by eyebrows that do not obstruct vision.

The robust head of the adult dog is large and its stop is well marked. His rounded eyes are rather dark. His ears are drooping. When clipped, they are straighter. His nose is black. His pointed tail is tapering towards the tip.

According to the FCI breeds nomenclature, this breed belongs to group 1, section 1 and is #93

Characteristics of the Portuguese Shepherd Dog

Find out if the Portuguese Shepherd Dog is your ideal dog breed with our quiz.

The Portuguese Shepherd Dog loves the garden and the great outdoors. He can live indoors as long as he has space where he can let go in complete freedom. As his coat is intense and he tends to shed hair, outside is particularly suitable for him as long as he has frequent contact with his family members.

He can live in all conditions because he knows how to adapt easily. He is very intelligent and easy to live with. He loves to be around all members of his family and is an ideal companion for children and adults alike. He is unfailingly loyal towards his household.

He is rather suspicious of strangers but never aggressive or biting. He will rather tend to drive them away by barking.  His great intelligence facilitates his education which must be firm but executed very gently. He quickly understands what is expected of him and follows orders without any issue.

Health of the Portuguese Shepherd Dog

His rather peculiar coat requires regular and meticulous brushing to ensure its good health. His coat, even if it is slightly wavy, still needs a little more care.

The Portuguese Shepherd Dog is believed to be a cross between local dogs from Portugal and sheepdogs such as the Briard, Catalan Shepherd, Pyrenean Shepherd and perhaps Brie Sheepdog.

The Count of Castro Guimaraes, a great lord of the Portuguese province of Alentejo in the 19th century, sought to improve the local dogs with this crossbreeding.

The icy, very harsh Portuguese winters in the Alentejo province and the dusty, torrid summers created a demand for a breed more resistant to the harsh, difficult climate of this particular region.

A handful of all-powerful Portuguese lords with mostly large estates, used the Serra de Aires Shepherd Dog as a protector and herd guardian of their vast lands filled with predators.

This extraordinary guardian and protector is increasingly appreciated as a companion dog because he is so easy to live with. 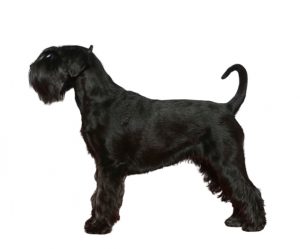