That sweet little dog is worth knowing. Even if he has great aptitudes for work, he is perfect as a life companion. His excellent character, size, energy and great malleability make him ideal for all families, especially those with children. The Pyrenean Shepherd Dog loves to play, especially with children. Possessing the same overflowing energy as the little ones, he will be able to follow them in their games without getting tired or losing interest.

Temperament of the Pyrenean Shepherd Dog

Happy, lively, loyal, intelligent, playful, vigilant and attentive are all attributes of the Pyrenean Shepherd Dog, whether rough-faced or smooth-faced. This hardy little dog can often accomplish the same tasks as some much larger dogs.

The Pyrenean Shepherd Dog is not at all aggressive, but is nevertheless an excellent guardian. Once used as a herding dog, his protective instinct and great vigilance of the past are still part of his present character. Sometimes suspicious of strangers, he will show his strong character if he feel the need to do so.

Resourceful and very courageous, this gentle little dog is capable of great loyalty and exceptional initiative to satisfy his master. He has lots of energy and a good education is necessary to channel it to good use.

The Pyrenean Shepherd Dog has a very lively and alert physiognomy. His distrustful and cunning air is very particular and his great nervous strength gives him a lively and energetic appearance.

His head has a rather medium skull reminiscent of a bear. His eyes are quite dark. His large ears have slightly amputated tips. His slightly conical muzzle is straight and his nose is dark. His tail is rather short but can also be shortened.

According to the FCI breeds nomenclature, this breed belongs to group 1, section 1 and is #141

Characteristics of the Pyrenean Shepherd Dog

Find out if the Pyrenean Shepherd Dog is your ideal dog breed with our quiz.

The Pyrenean Shepherd Dog has an extraordinary dynamism and is an excellent playmate with children. Very faithful and devoted to his master, he is the ideal companion for the whole family.

His devotion also makes him the ideal dog for an only child because he will quickly become his best friend. Suitable for both the house and the garden, an energetic owner is preferable for such a dog. Sedentary or very older people may find his boundless energy and dynamism difficult to manage.

He can live in the city as well as the country as long as he has plenty of exercise. His great energy and dynamism require daily exercise, even several times a day.

Health of the Pyrenean Shepherd Dog

The Pyrenean Shepherd Dog is a very robust dog despite his small size. He generally enjoys excellent health and there are no particular pathologies related to the breed, whether rough-faced or smooth-faced. He generally lives a very long time.

As his coat tends to get entangled, a good brushing every two weeks is more than enough to prevent the accumulation of superfluous hair.

Practically non-existent outside the borders of his place of origin, the Pyrenean valleys, it is difficult to say officially where he comes from. It was not until the 19th century that an illustration of the Pyrenean Shepherd was found in a work by a Pauli's painter of the time, "Une famille à Barèges d'Alfred Dartiguenave" (A family in Barèges by Alfred Dartiguenave).

A first mention of the breed was made by Pierre Mégnin at a conference in 1893, while a first standard was established around 1897 by the Count of Bylandt.

The fame of the Pyrenean Shepherd Dog began with the Great War of 14-18. In 1916, he is recruited to be a war dog. He accompanied patrols and ran some liaisons. His great olfactory qualities were very useful during such expeditions.

By avoiding men during liaison expeditions, he was recognized as the most intelligent, skillful, shrewdest and fastest war dog provided to the army during that terrible era. The Pyrenean Shepherd Dog understood very quickly what was expected of him and carried out orders brilliantly.

Unfortunately, if he became officially famous thanks to this war, the race also almost disappeared due to the terrible conflict.

Despite everything, after the war, the breed managed to reconstitute itself little by little. At the beginning of the 20's, the breed interested two groups of amateurs, the first of which was refused a standard in 1921 by the Central Canine Society at the time.

In July 1923, in Tarbes, the group was again brought together by Bernard Sénac-Lagrange. The RACP (Réunion des amateurs de chiens pyrénéens) was then founded by the same group that had been refused the standard two years earlier. The RACP is the current breed club in France.

At the same time as the RACP, the French Pyrenean Shepherd Club was created in 1921, but was unable to survive the death of his creator, Colonel Tolet. The club therefore decided to merge with the RACP in 1946 which, at the time, was still chaired by Bernard Sénac-Lagrange until 1954. 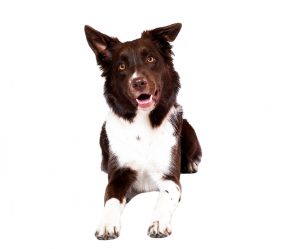