The history and origin of the Golden Retriever

Do you know what the fourth top dog breed was for 2020?

It was the Golden Retriever, according to the American Kennel Club.

But, before 2020, this dog has constantly shown up in the top 10 of global breeds.

There are many things about the Golden which attract many owners. This medium to large sized genial dog can grow up to 51cm-61cm/20inch-24inch. A Golden Retriever will bring lots of playfulness, affection, and loyalty into your home.

But, do you know what’s even better?

Their fascinating history and origin.

To understand this marvelous breed that exists today, all owners and potential owners have the right to know the history of the golden retrievers.

To understand the Golden Retriever, we have to travel back to the 19th Century in England. During this time, many English were renowned for their manners, etiquette, and social skills.

But just a century prior, in 1820, a man known as Dudley Coutts Marjoribanks was born as the second son of a well sought-after Scottish banker. It was safe to say that Marjioribanks never got to see the struggle others would face in England and live a great childhood.

During his teenage years, he developed a keen interest in breeding dogs and was often an admirable hobby for the upper class. Fun fact, all the breedings he did he noted down in a leather-bound book, which the English Kennel Club now has today!

Anyway, back to the story…

Later on, as he grew into a young man, he inherited a large fortune from his father’s banking career. With that money, he decided to purchase a Brewery known as Horseshoe brewery, today known as Meux brewery. As well as being a director in the East India Company.

These two ventures caused a lot of wealth to flow into Marijoribank’s life.

Marijoribanks started to expand his portfolio, later dabbling in property and selling many in Scotland. He even acquired his own prized country estate! He even got the title of being a Baron, becoming the 1st Baron of Tweedmouth in 1881.

So, where does the Golden Retriever history come in?

Many rumors circulate around the Golden Retriever origin, thinking that Marijoribanks purchased a group of Russian circus dogs, and he began breeding yellow ones from then on.

However, it’s more unique than that.

In 1865 Marijoribanks was in Brighton with his son and stumbled across Nous, a charming wavy coated dog. Nous was owned by a cobbler who acquired him from debt payment of an employee of a local nobleman. What was interesting about Nous was that he was golden and his parents had both a black coat.

Marijoribanks was fascinated and paid for Nous and took him home. Three years following this, he also got gifted by his cousin a Tweed Water Spaniel known as Belle. This breed has a liver colored coat and was a cousin of the Irish Water Spaniel, who were commonly used by fishermen of the River Tweed Valley, located on the Scotland border.

After receiving Belle, he decided to breed her with Nous. He intended to create an agile dog on land but equally great in water to hunt partridge, grouse, and red deer. Then, in 1868 the first litter of three produced, which is believed to be the world’s first Golden Retrievers. They were called Crocus, Primrose, and Cowslip.

After the first batch, Goldens were bred but not on the scale we see nowadays. Just like Marjoribanks social class, they were only given as exclusive gifts to friends and family members. At this time, this breed was seen as a top-tier hunting companion for gentlemen. This breed was renowned for its deep red fur with golden parts.

Marijoribanks decided to fit Crocus to his son Edward who also owned another red dog called Samson. Nou and Belle bred again, and a female dog from their litter, Ada, was gifted to his nephew the Earl of Ilchester. He also later bred Golden Retrievers at Melbury Hall in Dorset. This line became quite famous also.

Before the breed became widely popular in the USA and recognized by any of the Kennel Clubs, Marijoribanks gifted Archie his youngest son a Golden. Archie decided to bring his male Golden, Sol over to Texas. Archie had a large ranch named called Rocking Angus Ranch, where prized Aberdeen Angus Cattle were raised.

Later in 1881, Archie Marijoribanks took a female Golden Retriever named Lady to Canada. He made the trip because he was appointed as an aide de camp of his brother-in-law, the Canadian Governor- Central Lord Aberdeen. Sadly Sol died, and Archie later returned to the UK with Lady to breed even more Goldens.

During the late 1800s and early 1900s, most Golden Retrievers were kept away from the public eye and bred privately and owned exclusively by the aristocrats of the UK, America, and Canada.

It wasn’t until 1908 when a Lord known as Harcourt showcased his collection of Golden Retrievers at a Kennel Club show in England. Upon exhibiting them, they became popular, and many were fascinated by Goldens.

During this show, these dogs were entered into a standard Retriever class, holding no specifications. It was then when the Golden Retriever was properly identified as its name for the first time. Following this, many countries and people started to officially recognise this breed.

Registration by Kennel Clubs around the world

But, the unique thing about them in the UK was that The UK Kennel Club didn’t officially accept the Golden Retriever name until 1920. You can learn more about this here.

Following this, the American Golden Retriever Club formed in 1938. Afterward, they began to increase in popularity and now are one of the most popular breeds in the USA.

The origin of Golden Retrievers is nothing short of remarkable. They were once a breed created for English Gentlemen and only existed as a gift for aristocrats.

The first Golden Retriever, known as Nous, is believed to be from a dog of an unknown origin. But from an unknown breed to a breed that is now one of the world’s most popular dogs is amazing. What do you love about the Golden Retriever breed? Let us know your thoughts in the comments down below.

How did the Golden Retriever get its name?

While today’s hunting pretty much involves guns and spears, back then, many people depended on dogs. People chose to use dogs as guns were too loud, and the sound often frightened the prey. This is where the Golden Retriever came in. Its name was given due to its coat color and its ability to chase and retrieve prey.

What else are Golden Retrievers used for?

It’s important to know that today Golden Retrievers are not used for hunting. Instead, they’re a favorite household better and often serve as a therapy dog.

Nowadays, Golden Retrievers are well known for their friendly, sweet, and loving nature. There’s no spark of aggression in them. If they are, it’s usually because they’re fearful, in pain are unwell.

Do Rottweilers drool a lot?

Do French Bulldogs have tails?

Is the Bullmastiff a good guard dog?

Why do dogs cuddle?

Do dogs talk to each other?

Are French Bulldogs smart? How intelligent are they?

What are carriage and coach dogs? 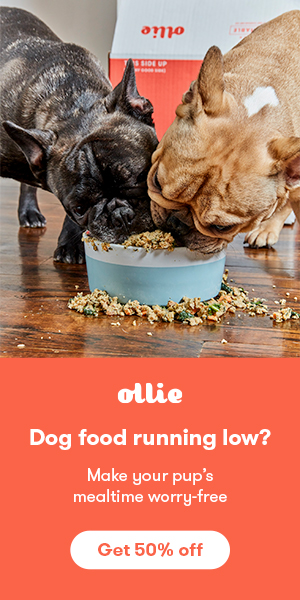