Official mascot of the fire stations and star of the film The 101 Dalmatians, this race is one of the best known in the world. He is a faithful, intelligent and above all very energetic dog. He requires a lot of attention and several hours of exercise per day.

Quick Overview of the Dalmatian

Temperament of the Dalmatian

The Dalmatian is a very affectionate dog, highly sociable and constantly in search of exercise.

He is always ready to pounce and has a great need to spend his energy. This dog is a sportsman at heart and has great stamina.

He is calm and composed if he is happy and well surrounded. The Dalmatian hates solitude and does not tolerate being locked up. He is not necessarily a great watchdog but he will warn if necessary and will never bark without reason.

He is a very gentle dog with children and affectionate with all members of his family.

An athletic and sporty look

This medium-sized dog with an athletic, sporty appearance has a muscular body. His calm, cuddly gait hides a sporty temperament and he is always ready to pounce and play.

The back of his coat must be pure white and the round patches, black or brown.

His head is rather elongated and has a flat skull. His eyes will be very dark for black spotted dogs and brown for brown spotted dogs.

His ears are medium size and close to the head. His nose is brown or black depending on the colour of the spots. His tail is generally drooping.

According to the FCI breeds nomenclature, this breed belongs to group 6, section 3 and is #153

Characteristics of the Dalmatian

Find out if the Dalmatian is your ideal dog breed with our quiz.

Quite easy to train, the Dalmatian is very obedient but needs a firm and stable handler. If his education is not adequate, he can become very stubborn.

It is best to give him a good, firm education from a young age. He will then become an extraordinary dog.

Health of the Dalmatian

The Dalmatian is a robust dog and is generally in excellent health. However, it is necessary to provide him with a good diet and regular and frequent outings during the day because he has a tendency to develop kidney stones.

His urine is highly concentrated in uric acid, which can cause urinary issues. Frequent outings during the day will prevent this type of problem.

Ask the breeder to give him an auditory evoked potential test (AEP): this will ensure that his hearing is good.

Even if his origins are very controversial, many Dalmatians can be found in 12th century paintings, which leads us to believe that this breed is very old.

In 1792, Thomas Bewick published a work including a drawing of a white haired dog spotted with black circles. Bewick refers to this dog, or Dalmatian, in his work as an animal used to pave the way for coaches and stagecoaches carrying mail of the time.

This is the first officially known publication about Dalmatians. Later, around 1882, the first standard of the breed was written by Vero Shaw, another Englishman of the time. In 1890, the standard was made official.

Originally, the Dalmatian was used as a crew dog. He got his nickname of "tick dog" from the fact that he ran behind horse-drawn carriages. Later, around the 18th century, he followed in the footsteps of the horse hauling the truck used by the firemen.

He quickly became the mascot of firefighters, mainly Americans, who used him to keep people and animals away from the fires. He warned them and managed to bark them away.

His name comes from Dalmatia, a region of Croatia where he was used by the English as war messenger. He carried messages in a backpack to recipients while crossing enemy lines.

The real popularity of the Dalmatian began in England. The Dalmatian escorted aristocrats and owning such a dog was a sign of great wealth.

His popularity continued to grow after 1959, when Walt Disney chose the Dalmatian as the main subject of his big hit film "The 101 Dalmatians".

Walt Disney's famous film was beneficial to the popularity of the breed and it is certain that he is now known by a large majority of the world's inhabitants.

However, the flip side of the coin also caused a lot of damage to this breed. Due to the excessive demand for puppies, an overproduction took place. Everybody wanted a Dalmatian.

Many birthday or Christmas gifts, bought on a whim, unfortunately ended up at the SPCA (Society for the Prevention of Cruelty to Animals).

Even after the new non-animated version was released in 1997, many puppies were still adopted and discarded shortly afterwards.

Any popularity unfortunately has a price and the Dalmatian's was heavy. 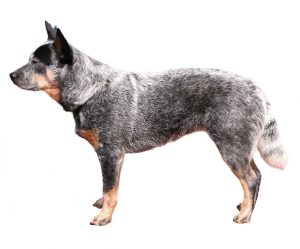