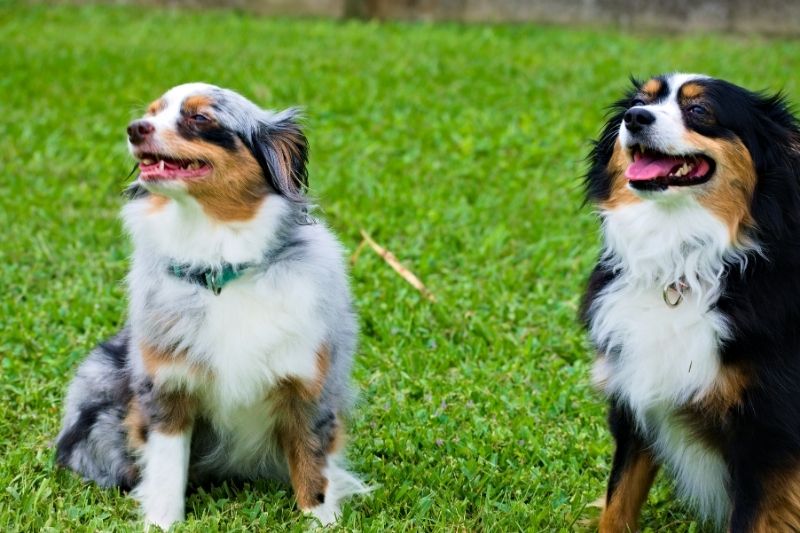 When considering getting or adopting a new dog into your family, you’re bound to have lots of questions. What breed is best for us? Will they get along with my other pets? How much exercise do they need a day? And, of course, is Panda or Mable a better name for them?

But what about male vs female dogs? Are there huge differences between the two and what do you need to look out for if there are?

Male vs female dogs — does it really matter which you choose?

The simple answer is no, not really. Individuals or families may have personal preferences based on their experiences or desires, but generally, there are other, way more important things to consider when you’re getting a new dog. The differences between male and female dogs don’t have to play a huge role in your decision.

If you’re adopting, knowing your pup’s history is much more important than their sex. Past traumas, lack of training or particular fears will impact how your dog behaves much more than their biology.

Just like humans, both male and female dogs can be sensitive, aggressive, happy or over-excited. How you train your dog, and the time you spend with them is much more important than whether they’re male or female.

However, also just like humans, there are a few natural differences to consider.

Does spaying or neutering make a difference?

Obviously, a huge difference between a male and a female dog is their body parts and reproductive systems.

When a female dog is spayed, her ovaries and uterus are removed during surgery, reducing certain levels of hormones and taking away her ability to carry a litter. For a male, the testes are removed meaning he would be unable to father any puppies.

Something to think about when considering male vs female dogs is their behaviour when you leave them intact, i.e. you don’t spay or neuter them. Intact males can exhibit more dominating behaviours, constantly urinating to mark their territory and occasionally being sexually aggressive towards other dogs. Once they’ve reached sexual maturity, an unneutered male dog will be sexually active all year round and will be able to father any number of puppies.

An unspayed female dog, however, will be on heat roughly twice per year. These stages in her reproductive cycle can last up to 28 days. During this time there will be a few physical changes to her body, including swelling of the genitalia, coloured discharge and covering herself with her tail more of the time.

You may also notice a change in your dog’s behaviour, she may become more needy, jumpy or aggressive towards other female dogs. This isn’t, however, the case for all female pups. Each dog is different and will experience being on heat differently. If you don’t wish your dog to breed, it’s important to keep her on a tight leash and away from other dogs during this time.

Are female dogs easier to train?

So, basically, there are very few differences between male and female dogs — apart from the obvious! When considering which dog to get, their breed, energy level, size and history are all much more important than thinking about male vs female dogs.

Did you think about the sex of your dog when you got them? Was it important to you? Let us know in the comments below!