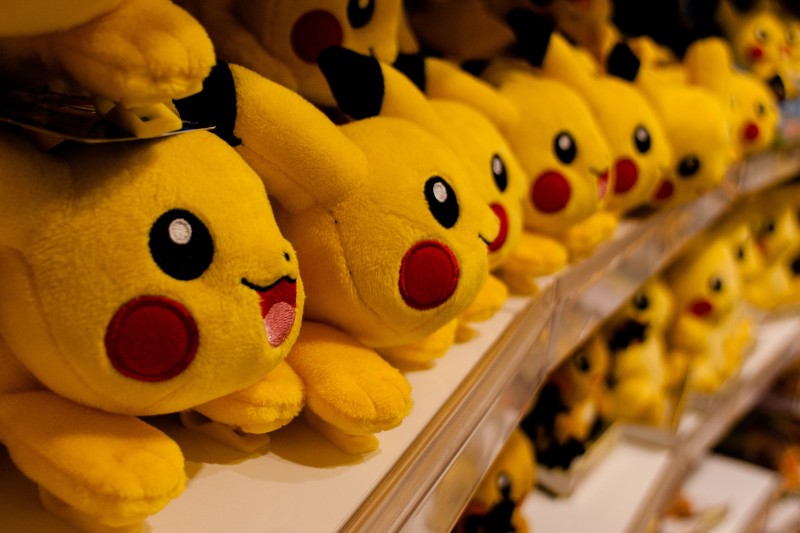 Whether you were a fan of the original playing cards or one of the people wandering around the streets on their cell phone in 2016, nearly everyone has heard of Pokemon. The Nintendo game was first released in Japan in 1996 and came to America in 1998 with two titles known as Red and Blue (now that takes you back…)

In the game – for anyone who hasn’t played – players take on the role of Pokemon trainers. Pokemon are creatures and you develop yours to battle other Pokemon. They come in all shapes and sizes and everyone has their own personal favorite that they hope comes up (mine was always Magmar and my brother’s was Onix).

The game was so successful that it’s Nintendo’s second most-bought franchise after the Super Mario Bros! It also has such a wide fan base that there are lots of (normal) people willing to pay (crazy) money for some of the rarer cards. The most expensive card sold for $5.275 million in 2021. That’s right, $5.275 million!

With it being so popular, we of course wanted to come up with the best Pokemon dog names for your pooch. There are lots of super cool Pokemon dogs, as well as adorable, scary, funny, and intelligent Pokemon for you to call your pup after.

So, which is going to be your favorite?

How to Choose The Best Pokemon Name for Your Dog?

But first, from over 200 names, how can you possibly choose the perfect one for your dog? Here’s our guide for more inspiration.

Names of Pokemon That Resemble Dogs

There are so many cute Pokemon names that are inspired by dog-looking Pokemon! Whether you go for Granbull which looks a lot like an English Bulldog or Houndour which is definitely a close relative of the Doberman, there are lots to choose from!

Are you looking for a cute name for your new pup? Pokemon dog names are a great place to look. Not only are the words themselves cute but the Pokemon are adorable too (just look at Squirtle)!

Whether you have a tiny Dachshund or a big Dalmatian, please call them Diglett. Not only is it a cute dog name but Diglett is also adorable (and funny).

Some Pokemon have just made it into the hall of fame. Some because they’re popular, others are rare, and some have the best powers. Whether you go for Rayquaza for boy dogs or Mewtwo for girls, you can’t go wrong with a legendary Pokemon name.

No, that’s not a typo. Eeveelution Pokemon are the 8 Pokemon that have evolved from Eevee. Eevee is a dog-like Pokemon that was introduced in Generation One and is known as the Pokemon with the most amount of evolution possibilities.

Many of them look a lot like pups but watch out for Espeon and Vaporeon. Espeon has a lot of cat energy which might upset your pooch and Vaporeon is definitely a fish.

Pokemon Dog Names According to Your Dog’s Color

We said that it might be helpful to think about what your dog looks like when choosing a Pokemon dog name for them. Naming by Pokemon color is a great idea and there are many adorable names for dogs in each color!

There are so many amazing Pokemon dog names for every breed out there. Which one are you going to call your pup (let us know the breed too!)?