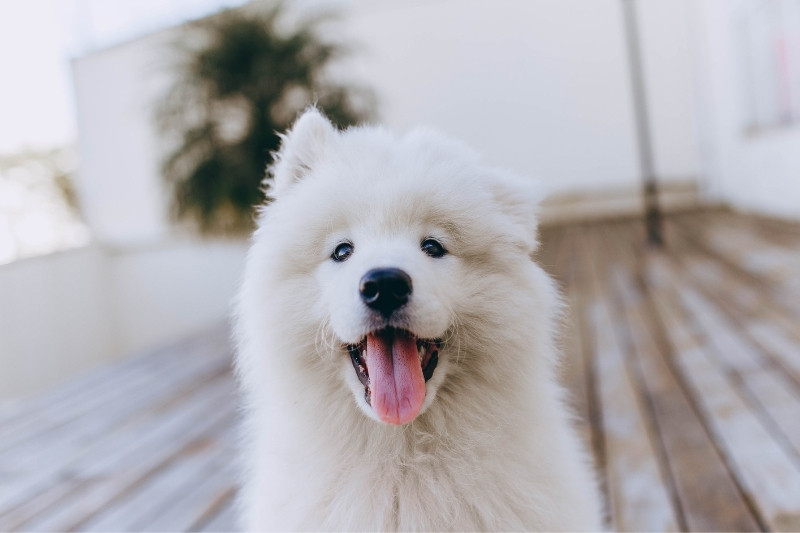 It’s not always easy to find the perfect name for your pup. That’s why many of us turn to coat color for a little help. There are so many beautiful white dog breeds that we decided to come up with our favorite white dog names to help you choose! Everything from the snowy mountain tops of Antarctica to the white sandy beaches of Santorini – there are so many possibilities to choose from.

So, which will you call your new furry friend?

How To Choose the Best Name for My White Dog?

Before picking the perfect name for your pooch, there are a couple of things to think about.

White Dog Names for a Female

White Dog Names for a Male

Names for a White Dog Inspired by Books, Movies and TV Shows

White Food That Could Be a Good Dog Name

The Funniest Names for a White Dog

Names of Places on Earth That Could Suit a White Dog

Ideas for Black and White Dogs

Last But Not Least: 10 Ideas for Brown and White Pups!

It’s not just purely white or white and black dogs that need a name, there are also lots of amazing white and brown dog breeds. Here are a couple of our favorite names for them.

Calling your dog a name after their coat color is a great idea. This list is full of cute, diverse, and funny names for you to choose from. Let us know which one you decide on!